While cyber-security experts have known for a long time that the US power grid is at risk from hackers, recent intrusions have made stepping up its defenses even more critical. One technology that has a lot of potential for keeping hackers from silently taking over pieces of the grid is Quantum Key Distribution (QKD). Despite how it was one of the first uses for quantum computing postulated, technical hurdles have kept it from being usable at the scale of our power grid until recently. But a joint program between Oak Ridge and Los Alamos National Laboratories is achieving one milestone after another in making it a reality.

The Problem With Key Distribution

In Symmetric Key Encryption systems, often used for secure communication in sensor networks, two parties need to exchange a secret key without revealing it to a potential eavesdropper. In local applications, that can often be done by direct exchange. But when the secured system is a distributed network like the power grid, there’s potential for someone to steal the key en route between nodes. It’s possible to build the key into equipment before it is provisioned, but that has its own issues. So a way to guarantee that a received key has not been read by a third party en route would be very valuable.

With traditional digital networks, there isn’t a natural way to detect whether someone else is tapping in and reading data. So, sending a supposedly private key over the network is susceptible to eavesdropping. And until keys are exchanged, there isn’t a way to send the key encrypted.

This is where quantum computing comes in. Because the act of reading quantum bits, called qubits, changes them, if data has been read or tampered with on the way, a statistical analysis conducted by the two parties can detect it. This doesn’t guarantee that they’ll have a secure channel, but Quantum Key Distribution (QKD) does guarantee that they’ll know if they’ve indeed been able to securely exchange the needed key. From there, data can be encrypted using whatever protocol is desired. Unfortunately, qubits don’t keep their state (cohere) for very long. So even traveling down a fiber optic cable at the speed of light, transmission distances for QKD are limited. Speeds of up to 1Mbps have been achieved over a few kilometers and just a few bps over a hundred kilometers. That means traversing a national power grid requires either some major breakthroughs or the use of intermediaries.

Oak Ridge and Los Alamos National Labs have been working on a multi-phase project to address this and other issues and make QKD over the grid a reality. Most recently, they have successfully demonstrated QKD over the grid between two different sets of hardware and software — also a requirement because the US power grid is a patchwork of equipment and systems from a variety of vendors. They did this in partnership with EPB Energy, which has had the foresight to run fiber optic cables alongside its transmission lines.

In the demonstration, each of the labs’ systems generated a key, which was sent using QKD to a secure intermediate node. The intermediate node generated a third key that was, in turn, shared privately by the two labs’ endpoints — enabling securely-encrypted data communications to start. Next, the Labs need to work on QKD over larger distances, probably including a way to enlist power sub-stations as key relays. In the meantime, ORNL and LANL have already licensed some of their quantum computing technology to industry. 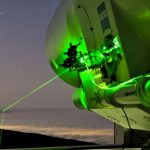 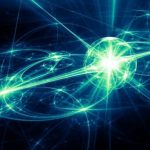 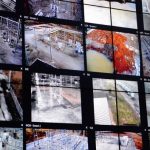